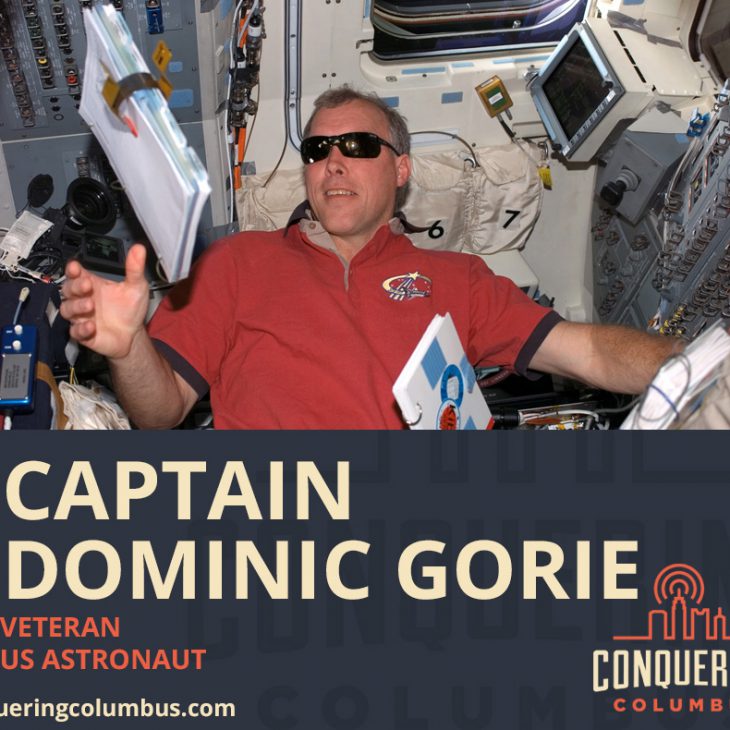 Inside the life and mind of U.S. Astronaut, Captain Dominic Gorie

You’re sitting in the space shuttle for the first time ever and it begins to countdown from 10, what’s going through your mind? We received the amazing privilege to sit down with veteran, U.S. Astronaut, and all-around extraordinary individual, Captain Dominic Gorie. In this episode, we cover everything from the thoughts that went through his mind while being shot at flying fighter pilots in the military, to what life was like in space and Captain Gorie’s take/tips on achieving success and happiness in anything that you do. If you’re interested in how to have a more fulfilling life, Captain Gorie has the secrets.

00:00 Intro, patreon plug, conquering columbus music
02:15 Captain Dominic Gorie’s background and introduction
03:15 Our connection with Captain Dominic Gorie & his affiliation with Ohio State
04:30 When did you first know you wanted to be a pilot and be in the Navy?
07:00 Life in the Naval Academy
09:30 Dom’s prestigious classmates
10:00 “The most memorable things I cherish were the friendships”
11:00 Life in flight school
14:00 The most memorable missions
19:00 “When somebodies shooting at you, you very quickly determine what’s important in life…”
22:00 When did you first realize that you wanted to be an astronaut?
24:00 The interview process for becoming a U.S. Astronaut
27:45 The common thread among all U.S. Astronauts
30:00 Extreme ownership
31:45 The Summit of Greatness
32:40 You’re sitting in the shuttle as the countdown begins for your first flight, what’s going through your mind?
37:20 Did anything ever go wrong on any of your space flights?
39:30 What are the keys to being a successful leader?
42:45 How were you able to identify your crew’s strengths/weaknesses as a leader?
44:00 Captain Dominic Gorie’s life today, and what keeps him motivated today
46:00 Climbing 22,000 feet with a group of wounded veterans
47:30 I’ve got a grand-baby!
48:00 Dom’s family and the success they’ve achieved in life
49:45 Captain Dominico Gorie’s final words to our audience