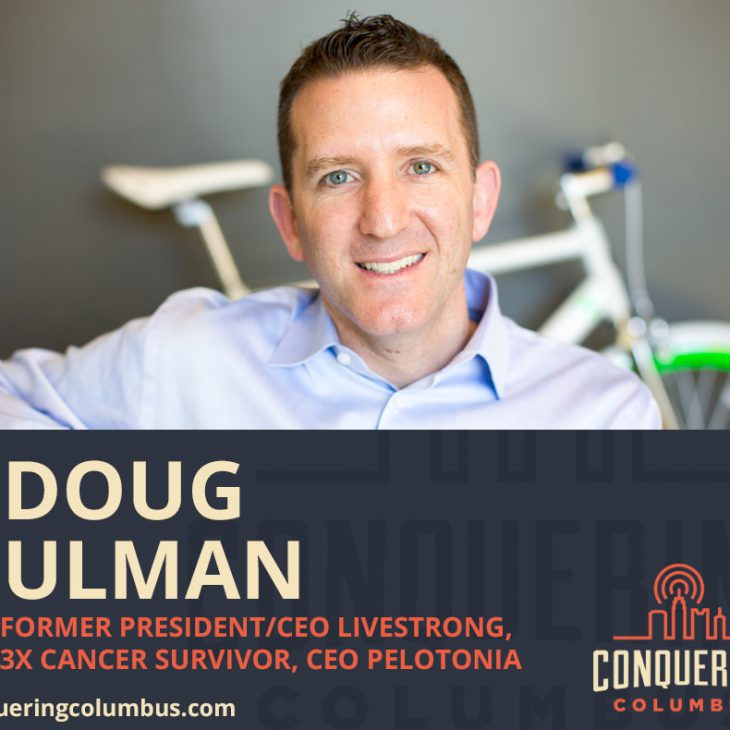 Beating Cancer, Creating The Ulman Cancer Fund, Joining Livestrong, and being the CEO of Pelotonia with Doug Ulman

On this episode we were fortunate enough to catch up with Pelotonia’s CEO, Doug Ulman – Doug is a 3x cancer survivor, former collegiate athlete, graduate of Brown University, creator of a very successful non-profit (The Ulman Cancer Fund), former CEO/President of Livestrong, and the current CEO of Pelotonia; not to mention, Doug (which he very nonchalantly drops at the end of this episode) has claimed Mt. Kilimanjaro and ran a 100-mile race through the Himalayas. Over the course of this episode we cover a synopsis of Doug’s life, the ups, the downs, and all of the amazing things he and his team have going on over at Pelotonia in the fight against cancer. 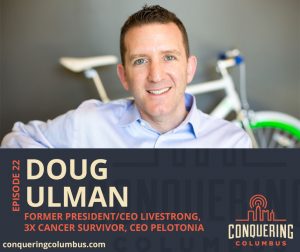 00:00 Patreon plug, AWH Plug, & Max Effort Muscle Plug
01:48 – Conquering Columbus intro music
02:50 – Intro to Doug Ulman and Pelotonia
04:15 – Doug’s background
06:00 – When & how Doug found out he was diagnosed with cancer
13:30 – The path from 3 cancer diagnoses to becoming cancer free
19:00 – Life after cancer and graduating from Brown University – starting a non-profit
21:00 – The Ulman Cancer Fund
23:30 – The Armstrong Foundation
29:15 – Doug’s relationship with Lance Armstrong
32:45 – The transition from Livestrong to Pelotonia
36:45 – Pelotonia – the early days
39:00 – Pelotonia’s initiatives and goals, present-day
44:45 – “There’s this genuine pride for things that were born-and-raise by Columbus… and at the same time, there’s this midwest-humility!”
46:00 – Pelotonia’s funding partners and relationship with other’s in Columbus
51:00 – Some of the projects Pelotonia has funded recently
56:00 – What our listeners, the people of Columbus, and those abroad can do to help support Pelotonia
58:00 – What does “Live Uncomfortably” mean to Doug Ulman? and his casual drop about climbing Mt. Kilimanjaro & doing a 100-mile run through the Himalayas…
59:30 – Outro, AWH Plug, Conquering Columbus outro music