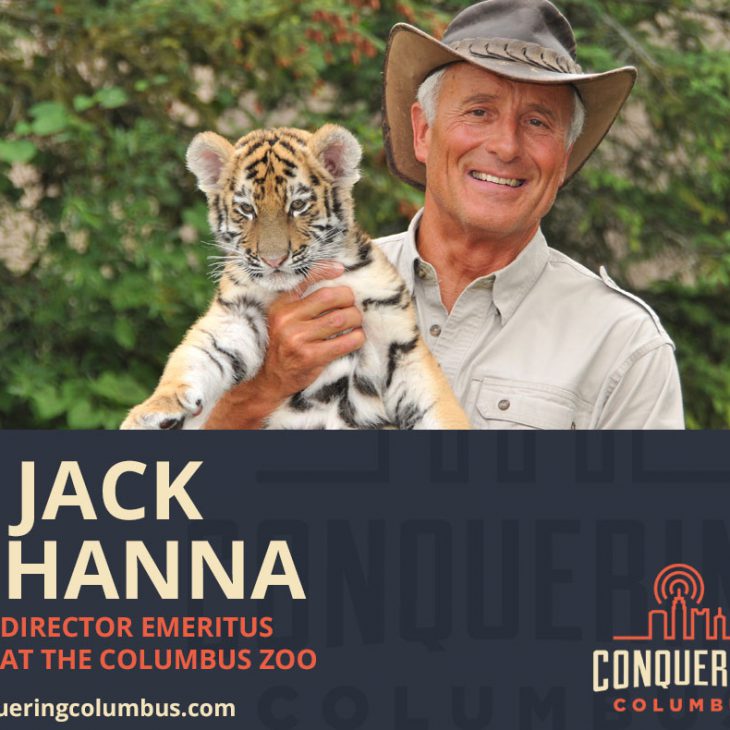 Unfortunately, Mike had to miss out on this episode due to unforeseen circumstances, but Josh was fortunate enough to sit down with Jungle Jack Hanna and capture a great look inside the life and mind of the Columbus Zookeeper and TV Personality. Jack is one of the most authentic people you’ll ever meet, and he believes strongly in living life as simple as possible. Some of the most notable topics covered in the episode are what steps Jack took to help turn the Columbus Zoo around when he first arrived, the importance of having a great team, his time on T.V. shows such as Letterman, Good Morning America, and Larry King (just to name a few), what’s key to being a strong leader, and how he’s hot on the trail of Big Foot! 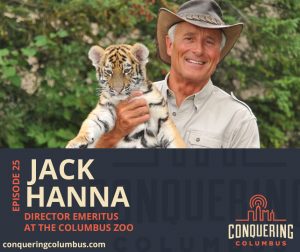 00:00 – Background on the episode, Patreon plug, AWH plug, Max Effort Muscle Plug, Conquering Columbus intro music
05:00 – When did your love & passion for animals first start?
10:00 – What was your college degree in, and where did you graduate from? What was the first thing you did once you got out of college and how did that process evolve? What was the Columbus Zoo like when you first arrived and what steps did you take to turn it around? What separates you from the other zoo leaders around the country? How did your television presence start and evolve?
15:00 – Nationwide Children’s hospital helped saved Jack’s daughter! Out of all of the experiences that you’ve had so far, is there any one (or two) that stand out in particular, when looking back on it, that helped shape who and where you are today? Jack describes how to be an effective leader and how he’s found success in leading people.
20:00 – As a leader, when it comes to making decisions, how do you balance taking feedback/ideas from others, while also having your own personal expertise & opinion on things? Where has the money and funding come from to make so much progress at the Columbus Zoo? What are some of the current conservation efforts you and your team are focusing on right now and how can those listening help?
25:00 – The whole Columbus Zoo complex has 3.1 MILLION people involved! “The citizens built the zoo, and Jack Hanna just happened to be here.”
30:00 – What the Columbus Zoo has evolved into today! Jack Hanna has found Big Foot, you heard it here first! Jack doesn’t own a computer… The value of interacting with people face-to-face!
35:00 – “I don’t care what you do, just work hard at it and have a lot of passion for it!” Episode outro, AWH Plug, Conquering Columbus outro music